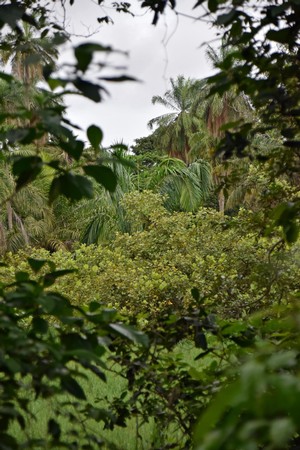 The incredible value of forests

Achieving the climate targets is one of the priorities of the 21st century. In most cases, there is no lack of will when it comes to achieving this, but there is a lack of skill! Since the beginning of the climate conferences, politicians have been accused of placing economic growth above the interests of environmental protection. Not without good reason. But now, in less than half a year, the coronavirus restrictions have shown national economies what it really means to cook on the back burner. While climate protectors welcome the measures and see them as a time out for the maltreated environment—greenhouse gas emissions have already fallen enormously—fears of bankruptcy are growing from large corporations to small business owners. Which solutions remain viable, and is there a golden mean between maintaining economic viability and saving the environment? It is high time to value the environment at least as highly as the economy.

As is well known, we humans tend to appreciate only what we have to pay for. In our imagination, the value of a thing, the value of land and even of living beings corresponds to its equivalent in cash. Nature sets other priorities. A diamond, for example, which is one of the most expensive luxury goods for mankind, is completely worthless for the environment. The vastness of the ocean, on the other hand, which seems to us humans only useful for shipping and fishing, provides invaluable services for the climate. The situation is similar regarding the value of forests.

Many people have indeed understood that there are things that money cannot pay for. Health, happiness and satisfaction are among them. But to achieve these three priceless pillars of an existence worth living, an intact environment is needed. But this is precisely what we have neglected to appreciate so far. During the golden years of economic prosperity after the war and throughout the industrialisation, the motto was instead the rigorous exploitation of all natural resources in favour of unchecked economic growth.

The great sufferers were in the forests around the globe; and everything that creeps and crawls within them. Although it has been known for many decades that, along with the oceans, forests are the green lungs of our earth and are largely responsible for the supply of oxygen and carbon, the value of a tree for the economy has always been the quality of its wood as a commodity and the land of a forest in its exploitability for industry, agriculture and livestock farming.

"Above all the peaks there is calm."

Only in folk songs and poems does

the forest still exist as a valuable place of

recreation for humans and animals

About 31 per cent of the earth's surface is now covered with forest. More than half of these areas are located in countries that are not exactly lauded for their environmental and climate protection endeavours. Russia has the largest forests with 20 per cent, followed by Brazil with 12 per cent. China still has 5 per cent of the global forest area on its territory. The total area of forest worldwide today amounts to 4 billion hectares.

It used to be quite different. Six thousand years ago, 80 per cent of Europe was still covered with forests. Today it is only just under a third. The exploitation of forest areas began in the Neolithic Age with the settling of people and the beginning of agriculture and cattle breeding, as well as the use of wood as a heating and building material. Already in the Bronze Age an estimated 20 per cent of Europe's forest area had disappeared. This trend continued until modern times and ensured that cultural landscapes such as heathlands and floodplains were created, as we know them today in Europe.

Contrary to popular assumptions, the overexploitation of forests is therefore not a phenomenon of modern times. At the time of industrialisation, forest even recovered for a short time because wood lost its importance as an energy supplier. Today, it is mainly agricultural use and the effects of climate change that are responsible for further forest decline worldwide.

Scandinavia, where agriculture plays a subordinate role, has the largest forest areas in Europe. But they, too, are threatened. In addition to the clearing of forests for industry and paper production, even of those under protection, it is the effects of climate change that are also destroying the forests here. Although in Europe more and more forests are being protected, Europe is partly to blame for the decline of rainforests in equatorial regions of Asia and Latin America. The reason for this is the unbroken demand for meat. The cultivation of cattle fodder, grazing land and pastures for livestock is once again causing enormous areas to fall victim to slash-and-burn agriculture every day in Brazil. Due to the coronavirus crisis, the destruction of the rainforests has meanwhile slipped out of focus. Ignored by the eyes of the world, this misery is raging worse than ever before.