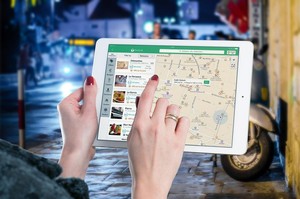 No matter what we need for daily life - every food, every commodity, every piece of furniture, every garment, the heating management of our houses, lighting, etc. – all of this causes emissions. The city has a growing range of recycling systems and passes its residents advise on how to consume in a sustainable manner. Particular emphasis is put on ecologically and organically produced foods as well as on the health benefits of a vegetarian diet.

In order to set a good example, the city of Zurich’s administration offers the so-called "Menu Plus" in various restaurants. This is a menu made from local ingredients with a carbon footprint that is up to 60% lower than conventionally produced meals. Meat products are only used small amounts. The ability to reduce emissions by up to 50% through one’s diet alone is remarkable and should be communicated at every opportunity. Overall, Switzerland causes about one fifth of its total CO2 emissions from food. This accounts for one third of the country's climate burden. The city has calculated that with about 600 menus of this type, more than 530 kg of CO2 can be saved.

For consumer goods, it must first be clarified whether a new purchase is really necessary or whether existing goods can be repaired or refurbished in a cost-efficient and climate-friendly manner. Before certain components actually go into the trash, they should, if possible, be broken down into their constituents and recycled. In addition, new methods of consumption and production must be developed and subsidized.

A particularly laudable project concerning responsible and sustainable consumption was launched in 2007 by the Wipkingen Community Center. The "Swap by the River"-Club refers to an outwardly archaic form of bartering at first sight. The original idea was to measure the value of a thing or service at a specific time. Timing influences the “currency” here. On a dedicated internet platform, homemade bread can be exchanged for another required service or assistance. However, the trade does not have to take place exclusively between two people. Each service will be credited to an account and can be redeemed later. Thus, it becomes clear at a second glance that this form of bartering causes consumers to consume consciously, to recycle in a way which is environmentally friendly, and in addition to maintaining interpersonal contact. "Swap by the river", offers people with low incomes a moneyless form of payment. The association is financed by membership fees and a contract with the city of Zurich.

Since 2003, an innovative cooperation between the disposal/recycling yards and the transportation companies in Zurich has been established. Once a month, consumers have the opportunity to dispose of bulky goods, debris and scrap metal for free. There is only one condition: the bulky goods may not be brought by a (privately owned) vehicle but must be transported to the collection points by foot, by bicycle, or by public transport. All collection points can be reached easily without long distances to cross. Thereafter, local businesses recycle the valuable materials. What cannot be reused and is flammable is being utilized thermally. The heat generated when burning the bulky goods, is used again for heating. 65 tons of valuable materials were being collected in 2015 in this way only. What could not be recycled was recirculated to the heat supply grid.

Living and Working in the Quarter

For many, living in a freestanding home with a yard and garden is still the nonplus ultra of a quality life. This is commonly associated with financial independence and personal freedom. The very term "metropolitan area" is shaped negatively. Apart from the fact that the amount of people who can afford this luxury decreases from year to year, a certain decadence goes hand in hand with this way of thinking, which our earth can hardly bear any more, both socially and environmentally. Rapprochement has considerable advantages. Not only is it cheaper for individuals to live in a smaller space but the environment benefits as well. The benefits are obvious: apartment blocks require less floor space, heating and management of the living space are more efficient. Last but not least: the distance to work, to go shopping and to leisure activities is also reduced. Usually, public transport can also be developed and increased much easier, since it is being used more frequently in urban areas.

The example of the construction cooperative "More than Living" in the Hunziker Areal shows the advantages of compact living in an impressive manner. This site, which the city of Zurich has handed over to the cooperative “More than Living” and which covers roughly 40,000 m² of the former concrete factory Hunziker, a district with exemplary character and a high quality of living has been built for Zurich’s residents. This housing cooperative, founded in 2007, is supposed to receive the 2000-Watts-Certificate this year.

Fruits and vegetables are growing in the community’s gardens there. Flower beds and planted pots offer a tremendous panorama, and they also benefit numerous insect species. Even children from metropolitan areas can be introduced to mother nature in that way. This preserving production and particular cultivation of foods fosters consciousness and, at the same time, prevents overproduction and destruction of foods resulting from overproduction.

The apartment blocks offer space for about 1,200 people which inhabit 370 apartments of various sizes. There is living space for singles, families with children, and communes. Likewise, there are apartments developed for the elderly and handicapped. A guest house, workshops, and common areas promote the sense of community among the residents. 150 jobs have also been established in this facility.

The compact design guarantees a low energy drain. The photovoltaic systems on the roof already cover about 40% of the facility’s energy demand single-handedly.

On the first floor of the overall 13 blocks of the apartment buildings numerous shops and cafes have been created. The fact that car-sharing is offered is almost self-evident here. Privately owned cars are an exception in this district. This is tolerated only in special cases (when the owner of the is handicapped, for example). About half of the approximately 100 parking spots available are reserved for businessmen and visitors. There are parking spots for over 1000 bicycles as well. It is not even necessary to buy your own bicycle on the Hunziker Areal. If you enjoy riding bikes you can just rent one. E-bikes with small trailers are also available.