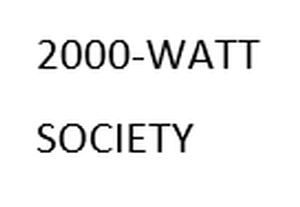 Zurich - a Prototypical City of the Future

With the implementation of the goals mentioned above, Zurich seems to be well on its way to becoming the leading prototypical city of the future. Numerous measures to achieve climate protection goals have already been implemented in Zurich. But there is still a whole lot which needs to be done. In order to be able to continue along the path which has been taken, city, local companies and citizens must team up. Within the metropolitan area of Zurich, this system already works more than well. Energy supply and road traffic are increasingly being adapted to this concept. If it succeeds (and it looks like it will), Zurich would be a prototypical city for cities and regions over the entire world. As far as air traffic is concerned, which also causes large amounts of emissions, close cooperation with the federal and cantonal authorities is required. The city of Zurich alone cannot create a lot of leverage by itself here.

Which Measures are Suitable for Implementation?

The primary objective is to replace fossil fuels and fuels such as natural gas, oil and coal as energy suppliers. This applies to industry and traffic as well as to private households. Electricity should be increasingly obtained from renewable sources. Since wind and solar energy cannot cover the high electricity demand alone at this point, district heating, environmental heat, and waste heat also play a crucial part in the heat supply.

In addition, it is important to achieve a cooperation between industries and the people through directed education. Without being conscious and responsible about the consumption of energy, even the best climate protection concept will not succeed. New and improved recycling systems should help avoiding garbage and save emissions during the production and disposal of products. We should also raise a new awareness for dealing with groceries. At this juncture locally produced meats, dairy products, fruits and vegetables, as well as all other groceries cause far fewer emissions than imported foods. When utilizing lamps, increased attention should be paid to the use of energy-saving LEDs. Refurbishing old buildings and new buildings with a passive construction additionally reduce the energy requirement while assuring the traditional quality of living.

In addition to appealing to every single consumer to use resources responsibly, new political stipulations are also required. Consequently, a CO2 tax must be imposed on all fuels and propellants. The energy regulations for buildings need to be revised and tightened perchance. During the implementation of this, private individuals are comprehensively advised and subsidized.

Public transport needs to become more lucrative, while air traffic is subject to new regulations due to its extremely high emissions.

Another important measure on the way to the climate-friendly city is the phase-out of nuclear energy. At present, Zurich sources about 23% of its energy needs from nuclear power plants. These include the locations in Leibstadt and Gösgen, as well as Cattenom and Bugey in France.

To implement its ambitious goals, the city of Zurich has grouped various priorities into groups. These concern politics and industries as well as individuals and are clues in the realization on a small and large scale. Private initiatives are promoted, public transport is expanded, and new models are presented. The catalog of measures covers roughly five different levels: